Will You Turn Off Your Lights for Earth Hour? 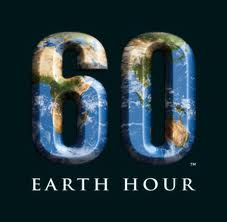 An annual event hosted by the World Wildlife Fund, Earth Hour encourages individuals worldwide to show their support for the fight against climate change.

Last year, 1.8 billion people in 152 countries and almost 7,000 cities participated. Thirty-nine per cent of Canadians -- or 13 million people in 511 cities nationwide -- joined in.

This year, Earth Hour begins at 8:30 p.m on Saturday, March 23rd. Millions of Canadians are expected to turn off their lights...will you be one of them?

During last year's Earth Hour, power use in Toronto dropped almost 7 per cent.

In support of Earth Hour, Monarch Kitchen & Bath Centre will be holding an EARTH WEEKEND at their head office in Pickering. At 5 p.m. tomorrow, Monarch will turn off their lights until 9 a.m. on Monday, March 25th. Only essential lighting will be turned on during business hours (9 a.m. to 5 p.m) on Saturday, March 23rd.

You CAN make a difference.